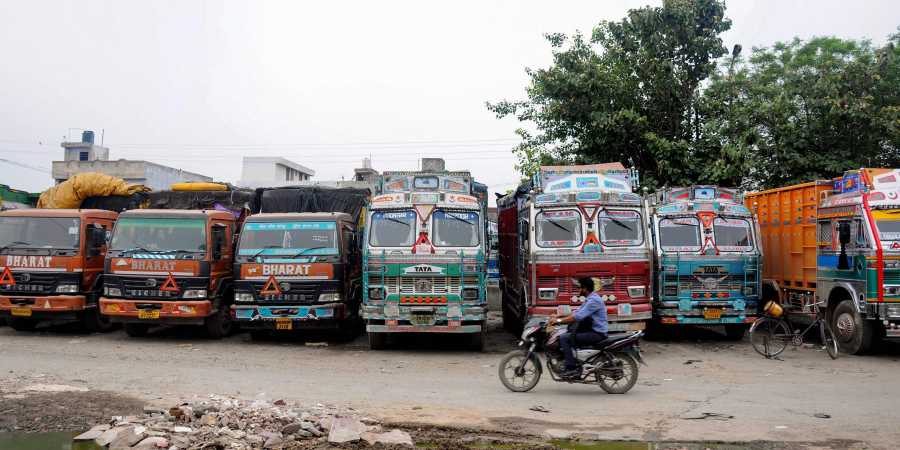 By http://www.newindianexpress.com/states/tamil-nadu/2018/aug/17/mixed-response-to-raising-of-truck-loading-capaci
CHENNAI : The Union government’s decision to permit increasing the loading capacity of lorries has received mixed response from the stakeholders. While the manufacturing sector, primary beneficiary of the move, urged the state government to implement the notification at the earliest, lorry owners’ association opposed the move as it would increase the maintenance cost of vehicles and increase accidents. On August 7, the Ministry of Road Transport and Highways issued an order increasing the loading capacity of trucks by 15 to 20 per cent. According to the order, the maximum loading capacity of 10-tyre trucks/trailers has been increased from 16 tons to 20 tons, while the 12-tyre lorries can load upto 26 tons as against the current capacity of 21 tons. Similarly, six-tyre lorries also can load upto three tons additionally, from the present loading capacity of 7 tones. “Truckers charge `8 per kg for transporting goods from Coimbatore to Chennai covering up to 500 km. If two to three tons of cargo are loaded additionally, it would benefit the manufacturing company, cutting the expenses by two to five per cent,” said S Surulivel, president, Coimbatore SIDCO Industrial Estate Manufacturers’ Welfare Association. C Babu, president, Tamil Nadu Small and Tiny Industries Association (TANSTIA), said truck rent changes on weekly basis owing to the varying diesel prices. “For transporting four tons of goods from Sriperumbudur to Madurai, we pay `20,000 a trip. Sometimes truckers ask us to pay `2000 to `3000 more for various reasons. Unless truckers reduce the rental, the move won’t benefit us largely,” he pointed out. Currently, truckers are allowed to carry five per cent more. However, goods lorries are subjected to check at several places to monitor the overloading. The move is expected to eliminate the intervention of transport and police personnel, as the trucks are permitted maximum loading capacity. M R Kumarasamy, president, Tamil Nadu State Lorry Owners’ Federation based in Namakkal, said maintenance cost of lorries would go high, if lorries run with maximum carrying capacity all the time.”While the loading capacity is increased by 15 to 20 per cent, vehicle rent can be increased only upto five per cent. It will lead to an excessive competition among truckers,” he said. what’s new ï® Union ministry allows increasing loading capacity of trucks by 15 to 20% ï® 10-tyre trucks/trailers can carry upto 20 tonnes as against 16 tonnes ï® 12-tyre trucks’ capacity increased from 21 to 26 tons ï® 6-tyre tucks can carry up to 10 tonnes against 7 tonnes ï® The move will eliminate the multiple checks by agencies ï® Logistics expenses will be cut by 2 to 5% for industries ï® Truckers say maintenance cost will go high ï® Strength of the State and NH roads needs to be assessed